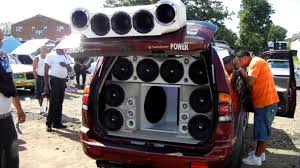 I am willing  to pay top dollar for a device that will discreetly, but effectively, destroy the speakers of those vehicles whose operators believe it necessary for me to hear their music twenty vehicles distant.  Among other distinctive annoyances, my heart becomes confused in proximity to the pounding of the bass and believes it should beat in harmony with that guttural thumping which accompanies such absurdities. 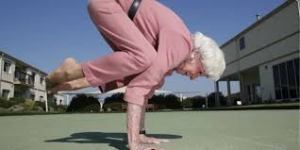 Although I am starting to linger longer at the incontinence section of the pharmacy, I am ahead in the ball game of life.  While I may, at this moment be unknowingly looking at my last pitch, I have already exceeded the average life expectancy, been healthier than most through this point in time, and apparently rank high (as do many Americans) in the overall world financial standing.   Some would say I earned it; some would say I am blessed.  I would say that I have been

fortunate to have had an opportunity to flower where I was planted.  Selah.

I was excited a few years ago to learn that our trash hauler would begin to take recyclables.  However, their list of acceptable items has begun to dwindle a bit with glass (!) being the most recent victim.

‘Just the facts ma’am!’ :  Headed up I-85 this spring to buy some annuals at a wholesale producer in Buford.  Exited north of the Perimeter turning left and there on the right of the bridge overpass stood a white, bearded male who looked to be in his mid-thirties.  Holding a sign that exclaimed “HONK IF YOU LOVE AMERICA!” in red, white, and blue lettering, he had an assault rifle draped over one shoulder, butt end up with the muzzle pointed down.  The gun included a clip although I had no idea if it was loaded.  Of the several vehicles passing by, one did honk.

The fun thing about being involved in horticulture (as I have for most of my 66 years) is learning and doing something different.  To wit, I recently pruned a spiral formed Boxwood with a pair of scissors as that tool seems the most appropriate for the job.  Matter of fact, I have now done it twice for this same person and will likely do it again.  Interesting.

Seen on the bathroom wall of a local restaurant:  “I know nothing except for the fact of my ignorance.”  Socrates (A truly wise man!)

Seen on the bathroom wall of the Physics Building at UGA in 1969:  “The demands of Nature are non-negotiable!”

Speaking of ignorance, wisdom, and occupations, I have, as any professional does, developed some distinct preferences for tools of the trade.  I remember thinking That is for sissies! the first time I saw a Mantis tiller in use about thirty-five years ago.  I thought that only the ‘manly’ 7 or 8 horse Troy-bilt tillers were appropriate.  Now, in addition to an eight horse rear tined Honda tiller, I own not one, but TWO Mantises.  It seems that others approve too as the field has exploded with very capable competitors in the same small tiller arena.  I find them particularly effective for both small planting bed preparation and for assistance with soil preparation in digging holes.